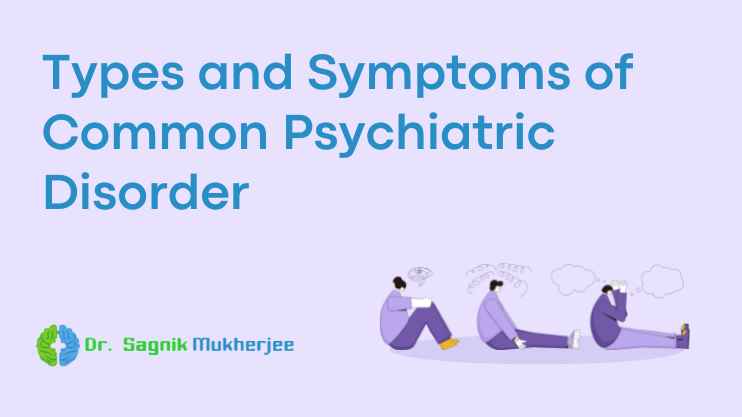 Every person has a unique behaviour. Yet some of us show peculiar or abnormal behaviour that disturbs both the individual and others. Such a state of mind is called a mental illness or psychiatric disorder. This medical condition is diagnosed by a qualified mental health professional. No one can declare a person to be mentally ill unless he is declared so by a psychiatrist.

Most of us may suffer from a mental disorder even without knowing it. The stress or the lifestyle pattern in our daily life might have affected us without even our knowledge. Primary care doctors who treat clinical conditions will not be able to detect these mental health disorders. Only a certified specialist with advanced training in psychiatric care can detect and treat such mental illnesses.

Types of psychiatric illness and their associated symptoms

A depressed person might experience feelings of hopelessness. His routine activities of life are disrupted due to fatigue. Major depression often called clinical depression may lead to suicidal thinking also. Premenstrual Dysphoric Disorder affects women predominantly. Treatment of postpartum depression and perinatal depression must be done only by qualified psychiatrists.

Common mood disorders are characterised by extreme mood swings. Here the person has prolonged feelings of sadness or happiness or fluctuates between extreme sadness and happiness. Bipolar disorder, cyclothymic disorder, etc belong to this type of mental illness.

Here, the patient’s thinking is distorted and unrealistic. The 2 main psychotic symptoms are auditory hallucinations and delusions. Schizophrenia is a classic example of a psychotic disorder.

In this case, the patient has obsessive thoughts about certain things and does some actions repeatedly. Obsessive-compulsive symptoms include restless and repeated actions or rituals like washing hands, locking, cleaning, etc. Examples are hair-pulling disorder, hoarding disorder, etc.

In this type of mental disorder, the person dissociates himself from his actual identity and present memories. The symptoms include a sense of loss or detachment from the actual surroundings, not recognizing people, confused thinking, etc. Dissociative disorders include dissociative amnesia, dissociative identity disorder, etc.

These mental disorders affect the patient usually after he/she has experienced major trauma like physical assault or sexual abuse. Or a life-changing event like accidents, loss of a close one, etc. The symptoms include intense fear, numbness, etc. Post-traumatic stress disorder falls in this category.

A person with an impulse control disorder is unable to control his impulses like setting fire to things, stealing, etc. In an addiction disorder, the person is addicted to something and cannot be without it like alcohol, recreational drugs, gambling, etc. Addictions may be caused by drug abuse, alcohol abuse. Both disorders need prolonged treatment from a mental health care provider as they destroy relationships and harm others.

Every mental illness is curable provided the patient is under the psychiatric care of mental health care professionals. Help the patient resume their daily activities in the shortest time by consulting an expert psychiatrist without further delay. Get in touch with us for psychological disorder treatment. We are the best psychiatrist in Kolkata.