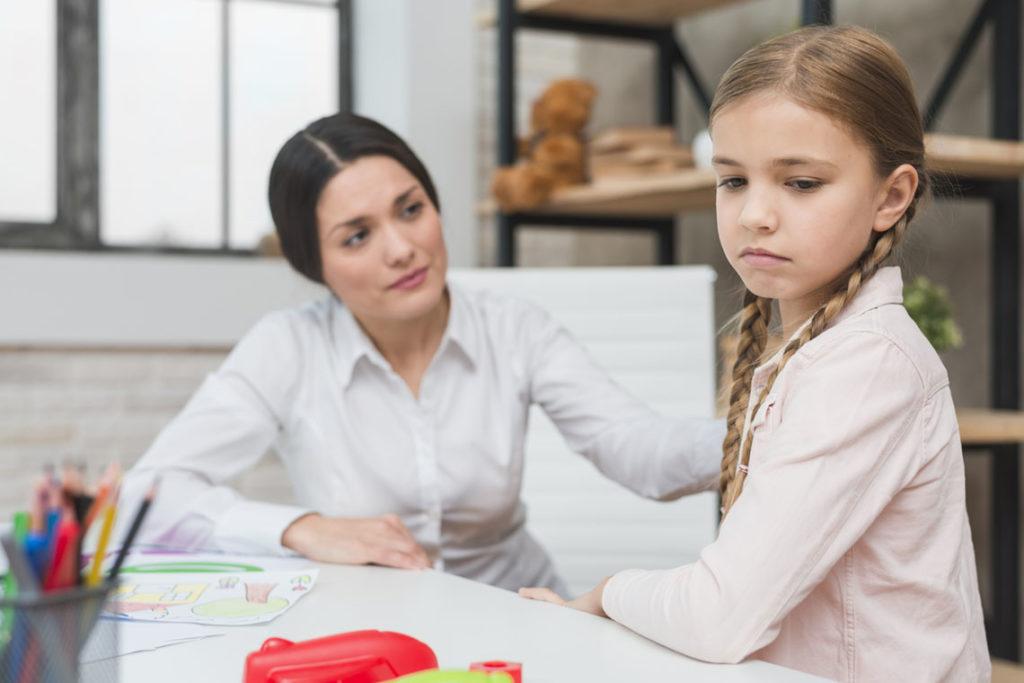 Every child is precious and that is why parents give first priority to their child’s welfare. But most often, many of the child’s health issues are related to their mental health conditions. Most parents are unaware of this and cannot identify mental illness or mood disorders in childhood.

For various reasons, including lack of awareness and access to mental health services, most of these children did not receive the psychiatric treatment they need. As a result, their symptoms can worsen, leading to increased difficulties at home, school and in social situations. Psychiatric disorders in childhood can have a profound effect on a child’s development, educational achievement and future prospects.

Social workers in India have pointed out that mental health disorders in children can lead to academic problems, substance abuse, behavioural disorders, anxiety, depression and even suicide if they are left untreated. The good news is that with early intervention and treatment, most children with mental health disorders can lead healthy and productive lives. By working with a child psychiatrist or other trained mental health professionals, Indian parents can help their children to overcome these challenges.

What are the Psychiatric Disorders in Children?

A child is said to have a psychiatric disorder if the thinking or behaviour is not age-appropriate and this causes him distress. Mental health disorders among children include difficulty in social interactions and doing routine activities.

The common mental illnesses in children include:

Many parents think their child is difficult. They fail to understand that he/she might have a psychiatric condition that makes him/her behave so. He/ She may have a personality depressive disorders that only a child psychiatrist can recognise. Parents should consult a child’s mental health professional before judging the child to be difficult. These kinds of child mental disorders can be minimized with the right treatment using psychotherapy, medications, crisis management therapy, etc.

Children with Attention Deficit Hyperactivity Disorder are hyperactive, less attentive, and impulsive. ADHD affects the child’s progress at school and impairs his social interactions. Mental health professionals or child psychiatrists use behavioural therapy and medications like stimulants and non-stimulants to treat this disorder in children.

In this type of disorder, the child is obsessed with a particular body type and eats less or more to attain that figure. Bulimia, Anorexia, and binge eating fall under this category. Since eating disorders can be life-threatening, they need psychiatric intervention to cure them.

Some children show a marked difference in their behaviour in their childhood years. This psychiatric condition refers to a group of illnesses called disruptive behavioural disorders. The DSM-5 or the Diagnostic and Statistical Manual of Mental Disorders includes Oppositional defiant disorders and Conduct disorders under this term. These medical conditions affect the child’s daily life, studies and academic performance.

In Defiant disorder, the child is willfully rebellious and opposes everything people around him say or do. In Conduct disorder, the child shows aggression or violence and is prone to theft, arson, escape, etc. The absolute difference between the two psychiatric conditions is thin but clear. Defiant disorder sets in for an 8-year-old child and lasts for 12 years. Conduct disorders are common during adolescence.

It is important to note that while Autism Spectrum Disorders (ASD) typically present in early childhood, a diagnosis may not be made until later in development. Risk factors for ASD include genetic predisposition as well as prenatal and perinatal complications. Environmental factors, such as exposure to certain chemicals, have also been suggested as potential contributing factors.

Those with ASD often experience difficulties with communication and social interaction and may exhibit repetitive or restrictive behaviours. While there is no known cure for ASD, early intervention and various therapy interventions can greatly improve the quality of life for individuals on the spectrum. It is essential that parents and healthcare providers remain vigilant for any signs of ASD in order to ensure timely intervention and support.

Children with Autism Spectrum need Occupational therapy, along with speech, language, and social skills training as part of their psychiatric care for children. Treatment of children for this behaviour comes under child psychiatry.

This mental illness comes under the autism spectrum disorder. Here the child faces difficulty in using language and objects and has trouble understanding events around him. The age of onset of pervasive development disorder is before 3 years. This illness needs psychiatric intervention and personal attention from a healthcare provider.

Many children experience these psychiatric symptoms or emotional disorders as a result of some traumatic event like accidents, natural disasters, physical abuse, child sex abuse, emotional disorders, etc. Children with PTSD have nightmares, sweating, bedwetting, headaches, stomachaches, etc. They even have major depression and panic attacks. The right mental health care using antidepressants and cognitive therapy can cure them.

Most people think bedwetting is a common childhood psychiatric problem. But it could be the effect of an underlying child mental disorder. Children with post-traumatic stress disorder often undergo bedwetting during nightmares or panic attacks. This health condition should not be ignored but needs mental health treatment.

A child has anxiety disorder if he constantly worries or fears something. This mental illness affects his childhood mental and quality of life. Healthcare professionals with psychiatric services treat this by using mild anxiety medications and Cognitive Behavioural Therapy.

Bipolar disorder is difficult to identify in the health of children as this psychiatric condition resembles normal childish or teen behaviour. It has rapid cycling through mixed stages of mania and depression. Early intervention by a child psychiatrist is a must to cure this illness in children, Treatment options for bipolar disorder include the use of antipsychotic drugs, Interpersonal and Social Rhythm Therapy, CBT, etc.

Now, the good news for parents of children with depressive symptoms. Children’s psychiatric problems are real, surprisingly common and treatable. Yet, too often, children with mental health problems go undiagnosed and untreated. According to recent surveys, as many as 1 in 5 children suffer from a diagnosable psychiatric disorder in any given year.

Child Psychiatric problems need mental health treatment designed by expert adolescent psychiatrists at the right juncture. One should consult an experienced Child Mental Health Professional to give the child a good quality of life and a bright future.

Consult Dr Sagnik Mukherjee the best child psychiatrist in Kolkata for a new life for your children. Call or Whatsapp 98313 13020 for an appointment or visit our Kolkata Psychiatry Clinic.